The Revellers Guide to Preventing a Hangover 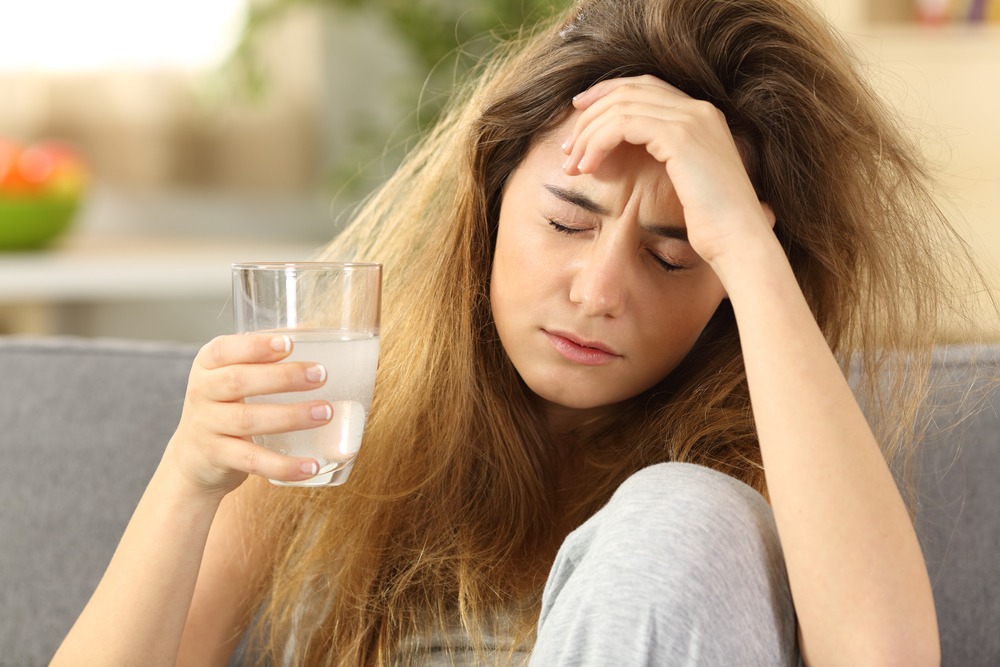 Nothing spoils the mood more than waking up to a bad hangover after a night on the town.

There’s no pill for the morning after a good night out and sometimes those low moments are enough to make you vow to never drink again. Bloodshot eyes...a banging headache and a queasy stomach...yeah, we’ve all been there.

Traditional wisdom tells us to swig down a bottle of Evian or Highland Springs when the pain of the night before kicks in, but sometimes drinking plain water just doesn’t cut it.

So let’s take some tips from the experts about how we can ditch that dreaded hangover once and for all.

According to nutritionist Steve Macari, drinking coconut water is the best way to avoid a hangover. Dehydration is one of the main reasons we get that nasty headache when we wake up in the morning. He told Harper’s Bazaar that revellers can enjoy a fuzz-free head by swigging down some coconut juice before the big night.

However, coconut water contains electrolytes and a whole bunch of minerals that quickly help to rehydrate the body. Dr Steve recommended adding a pinch of sea salt to the water bottle to boost the mineral (electrolyte) content.

Bring on the munchies

Another recommendation was to eat a balanced meal before downing lots of alcohol. Having a healthy balance of proteins and fats can protect the body from the damaging effects of alcohol.

Stock up on that fruit

Who knew that eating an apple or a bunch of grapes could help to shield you from a hangover? The fructose sugar in the fruit helps your liver to detoxify alcohol more efficiently, which could help keep the hangover at bay.

Dance the night away

According to Jason Burke, an anesthesiologist who has treated over 20,000 hangovers and is the creator of Hangover Heaven, getting plenty of exercise can help to prevent a hangover.

This makes it more difficult for the alcohol to settle in your system and distracts you from reaching for yet another pint of beer! So while you’re out and about - be sure to hit that dance floor to avoid waking up with the blues the following morning.

Vitamin B1 can also help you to keep the hangover at bay, according to Dr Steve. The essential vitamin gets depleted when you drink, so be sure to take your B vits before heading out to the club.

No, not the recreational kind. According to Dr Burke, popping an ibuprofen or any other anti-inflammatory painkiller that contains ibuprofen or Naprosyn, helps to fight the inflammation that alcohol causes.

Don’t take anything containing acetaminophen though - as that can actually damage your liver.

And when you wake up in the morning...Dr Steve’s hangover-busting elixir includes a mixture of coconut water, normal water, orange juice, and a pinch of sea salt for good measure. He also recommends munching on some beetroot and stocking up on vitamin C to fight free radicals and ease inflammation.

Oh and another thing - be a vampire and stay out of the sun because the bright light can make your headache worse, says Dr Steve.